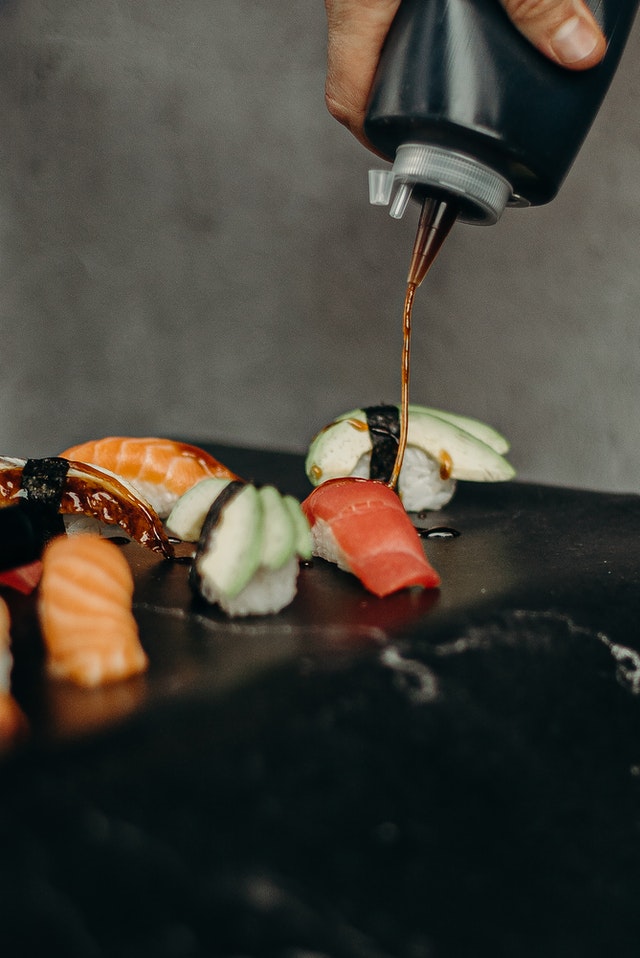 Everyone has heard of the wonders of Sushi either by tasting this delicious masterpiece, or discovered it on an illustration online. Sushi has become increasingly popular,_ but do you know the history of Sushi? Where its from? How its made? and, how it came to be one of the most popular foods in the world?

Sushi has existed for hundreds of years. This dish was created in ancient China, in paddy fields. The name originally given to Sushi was Narezushi. Although what we know of Sushi today is the delicately crafted food that resembles a work of art, it did not began with that intention. In fact, in Chinese culture people used rice to preserve fish for longer. Meaning, people would place fish into the rice and allow it to ferment over time. Basically, it was used as storage so that the fish would not turn bad.

During the seventh century, this method of restoring fish was introduced into Japan. However, Japanese people went a step further and ate the rice as well as the fish. It was still prepared in the same way as Narezushi, but it was closer to what we have today. Later on, in the seventeenth century, Matsumoto Yoshiichi of Edo (now Tokyo) began to experiment with the dish by adding rice wine vinegar and selling it. Instead of waiting weeks, or even months until the fish fermented, it was now edible straight away. Thus, Sushi was born into the world.

Since the creation of Narezushi, the concept began to change more and more over the years. In the nineteenth century, Hanaya Yohei switched the presentation of Sushi. Instead of putting the rice around the fish, he put a piece of fresh fish on top of the rice. Nowadays, this is referred to as Nigiri Sushi (Finger Sushi). As Sushi grew in popularity, it became more readily available in the streets of Japan and was associated with people grabbing a bite to eat on their way to work.

As time passed and after World War Two and a tragic earthquake, the street stalls that were serving Sushi moved indoors and started providing seating to customers. This marked a huge change in the Sushi culture and people started viewing Sushi as a dining experience, rather than a quick takeaway snack. From then on, the world started to embrace this unique type of food and it eventually made its way to western countries.

By the 1900s, Sushi was being served all over the United States after the influx of Japanese immigration after the Meiji Restoration. The first recorded Sushi shop in the United States was called Little Tokyo in Los Angeles. However, like with all cultures, food goes through difficult times depending on the political situation of the country. Just as Japanese culture battled with acceptance in the United States, so did Sushi. World War II left many businesses redundant and was forced to close. That being said, Little Tokyo survived and reopened even after World War II.

Sushi has been around for hundreds of years, and it will be around for many more to come. Sushi is not just a type of food, but a special part of Japanese and Chinese culture that symbolizes an important part of history.

HOW TO MAKE SUSHI

Now, you might be wanting to make some Sushi now you have read about this wonderful dish, but what do you need to make Sushi?

These are just a few of the most popular Sushi ingredients if you are new to Sushi making. You can find most of the ingredients at your local Asian food market, or even in your supermarket’s international aisle. If you do not want to make them, you can taste some at a nearby Sushi restaurant. There are so many around nowadays that prepare these magical little bites!

Here are some other interesting facts about Sushi…

* Sushi is incredibly healthy.
* There are six types of Sushi (Chirashizushi, Inarizushi, Makizushi, Narezushi, Nigirizushi, and Oshizushi).
* People used Sushi as currency in the past.

Even though Sushi has become available all over the world, it is always good to know where food comes from so we can appreciate the dish even more. So, next time you eat Sushi you can think of those paddy fields in China where it all started!