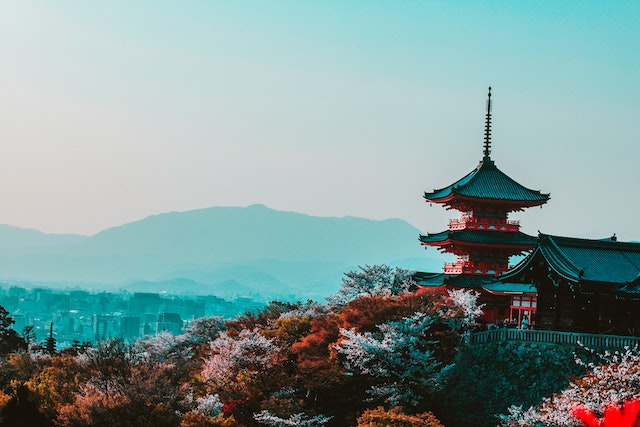 Contents hide
1 Where did the name Hibachi come from?
1.1 What is hibachi?
2 When did hibachi become popular?
3 How are you supposed to eat hibachi?

Where did the name Hibachi come from?

Hibachi is a term that has gained popularity, particularly among individuals who enjoy Japanese cuisine and dining out, or who want to try their hand at grilling Japanese-style at home. However, like with many foreign terms, their actual meaning appears to have been lost in translation or has simply been co-opted. Hibachi is one such Japanese phrase that is frequently misused outside of Japan. After WWII, the word was initially used to promote Japanese-style grills abroad, and it has since taken on a life of its own. In North America, for example, the word “hibachi” refers to any type of Japanese grilling.

Hibachi literally translates to “fire bowl” and refers to an open-topped pot (typically round or cylindrical in shape) or a box built of (or lined with) fireproof material into which charcoal and ash are thrown to heat a room. It is thought to have originated during the Heian period (794–1185).

Before the invention of electricity, these ancient heating devices ranged from vase-like pots to weighty and intricate furniture pieces, around which one might warm their hands and feet as well as heat water for various functions around the home. These hibachi tables were used to meet, amuse, and keep warm. They were never intended for cooking, which makes using the phrase for Japanese grilling all the more strange. However, it is thought that by the late 1800s, hibachi may have been used to grill traditional Japanese treats, a natural complement to the tea brewed in the teapots seen in instances of hibachi from this time. I once visited a 150-year-old property turned Airbnb in Toyota, where there was a hibachi for visitors to gather around in the dining space (very nice for our winter visit), which could be used to grill dango and even cook a Japanese hot pot for dinner.

While food can surely be cooked on a hibachi (it does, after all, use charcoal as its heating source), it is obviously a slower and gentler affair than other more flashy Japanese cooking techniques. Consider a pot of tea or soup that can be kept hot until it is finished. The idea of actively cooking on one, such as tossing food or frying steak in flames, just does not work with an ash-filled hibachi lacking a grill top. True hibachi like this are few and far between with the development of modern heating and cooking technologies, and while they are still in use, they are largely to display traditional Japan to visitors.

When did hibachi become popular?

The first restaurant to use hibachi cooking on record was established in Japan in 1945. These restaurants’ purpose was not merely to serve meals, but to entertain their visitors with cuisine preparation and outstanding diversions. Guests were entertained by showing knife skills, juggling materials and condiments, and even doing stunts with the hot grill’s flames. This approach to cooking as entertainment was later romanticized, not by native Japanese inhabitants but by visitors and others captivated by Japanese culture’s unusual traditions.

Eventually, in the latter half of the twentieth century, hibachi style cooking was introduced in the United States with great success and acclaim. As a result, it is possible that hibachi cooking was once utilized as a method of meal preparation in Japanese households. However, it wasn’t until Japanese tourism became popular that hibachi cooking was recognized for its performative qualities as well as its contributions to Japanese cuisine.

Hibachi-style Japanese restaurants are now popular not only in Japan and the United States but also around the world. As friends and strangers alike gather for a dinner in this manner of food preparation, guests are still delighted by live cooks surrounding the perimeter of a massive grill. Hibachi cooking uses a variety of items, but the major ingredients are usually meat, veggies, and rice. Seasonings are limited to a few additional ingredients, including soy sauce for umami taste, vinegar for acid, and salt, pepper, and garlic as spices, because the heating mechanism itself is used to provide grilled flavor to the dish.

Wondering how sushi became popular also? See more in our article: 6 Reasons Why Sushi Is Expensive

How are you supposed to eat hibachi?

Eating at a hibachi restaurant is unlike eating at a conventional American restaurant or even a typical sushi bar. You may feel scared and uncertain of yourself the first time you go. However, if you understand what to expect, you will be able to relax, have fun, and fully enjoy the cuisine and cookery presentation.